As time goes on I am finding it harder to pair pieces for This vs. That. I’m not entirely sure why. Perhaps I am exposed to so much art these days that I find similarities in too many pieces. Back in the day, I remember how magically connected two pieces would appear, as if they were jumping out at me, pleading with me to write about them. Now I find myself almost bored with similar styles. I swear there are too many people doing such similar stuff (like last months This vs. That, for example. I mean, who hadn’t seen art similar in style to those two pieces?). It is okay, obviously. I get it, and I know that anyone in my position would have accumulated a large directory of synonymous art.  So, for this months This vs. That, I am looking at some pieces that are a little different in that they are more focused on realism (which I think is something I probably don’t show enough of). Within my hunt, I found two images that have some connections in composition as well, so hopefully I have something interesting to talk about!

A lot of Baugh’s work is very realistic. This one is not quite as realistic as some of her others, but I chose it for the composition of the piece. I love the angle, how the woman literally cuts the page in two. From bottom left to top right, she is wholly consuming the piece. The background is simple, so it doesn’t detract from the female figure. Much like how the page is split in two, so is the woman’s face. One side is fully lit, while the other is completely blacked out in shadow. The contrast of the piece is perfection. Not only does the woman’s face split, but it creates a nice lead on for the rest of her to split vertically through the page. The bottom left is light, skin coloured, while the top right merges into dark browns and black as her shadowed face seamlessly moves into her dark brown beehive-style hair. Baugh’s use of symmetry is wonderful. The page splits in so many places, but does so in a very natural way so the piece doesn’t seem entirely staged or dramatic. I love the subtlety of the woman’s face. It is definitely realistic, yet we can see brush strokes, and the details are in soft-focus due to the shadowed nature of the piece. I liked the piece before, but writing about it has made me really appreciate Buaghs depths of consideration in composition. Fantastic work. 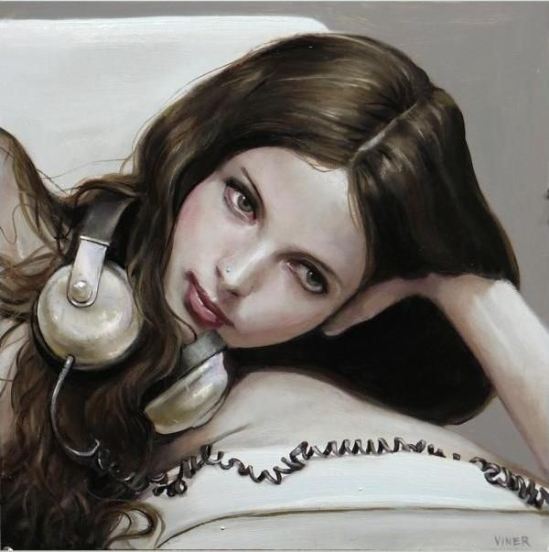 I chose this piece for its realism (which I find stunning), but also the angled nature of the piece as it connects to the first image. In terms of subject matter, we again have a pretty, brown-haired woman who fills the space of the page on a bottom-left to top-right angle. Viner’s piece is arguably less obvious in its split of the page, as the woman’s hair doesn’t quite fill the page. Instead we have a small gap of background colour in the top right corner. We also have the woman’s arm and hand (which she leans her head on) and some of her shoulder showing, which fills out the space horizontally more than Baughs. What makes the piece have its initial angular effect, is the features of our leading lady. From the middle part of her hair down to her nose and even the tiniest crack on her bottom lip, we have a near perfect diagonal line. It continues down between her headphones before fading away into her hair (this patch of hair works to balance the grey space of the wall behind her – as both pieces continue the diagonal without actually being a part of it). The diagonal aspect of this piece is, as I have noted, quite subtle, yet very forthright at the same time. You feel it when you look at the piece for the first time, but as your eyes peruse the rest of the detailing, it kind of fades away. I quite like this effect, as it is almost the opposite of Baughs, which appears simpler at first and then becomes more considered once you look for longer.

What I do love in Viner’s piece is the realism and colour palate of the piece. The touch of the headphones makes the piece more contemporary, and it is somewhat refreshing to see such realism and detailing in a more modern piece. Some aspects of the figure, especially her arm, seem to be a little off or confusing in terms of realism, but the face and hair more than make up for it in my eyes. Another stunning piece of art.

I like both pieces a lot. And I also like both pieces in relation to each other. For me, seeing them together certainly brought out the diagonal angles in the work, and it is fascinating how the angular nature seems to work in opposing ways – the more you look at Baugh, the more angles you see, the more you look and Viner, the less angels you see. I really like the painting style of both pieces. They are realistic, but also painterly and feminine. And while I admire Baugh for her use of compositional thought, I have to pick Viner as the winner due to the beauty and engaging nature of his piece, alongside the subtle composition. 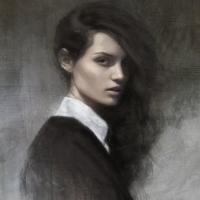 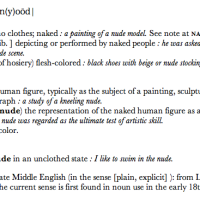 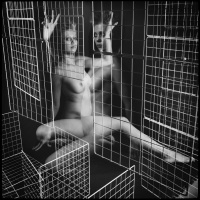 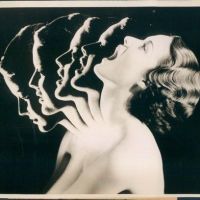 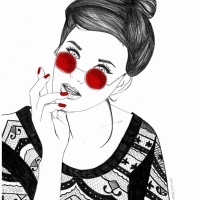 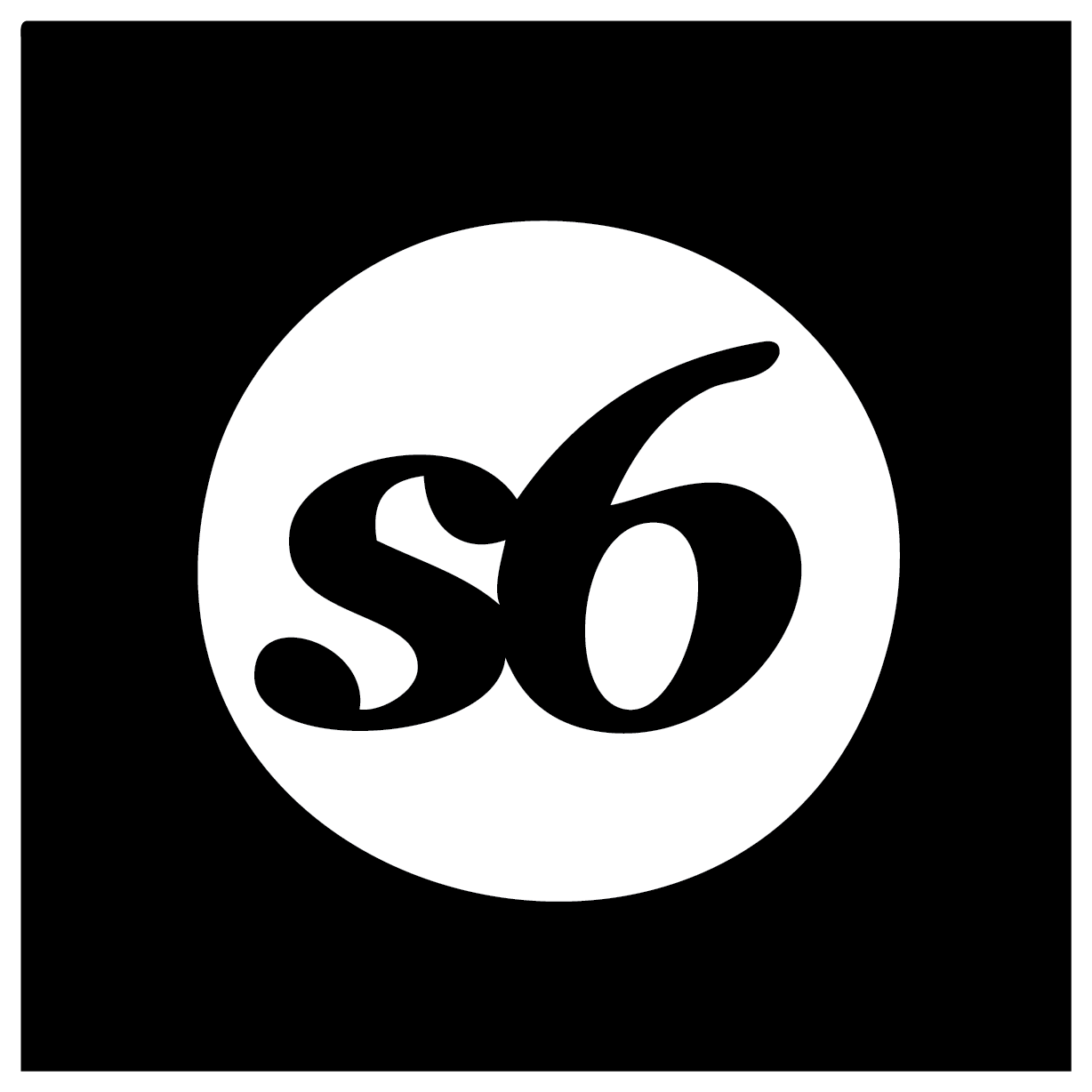